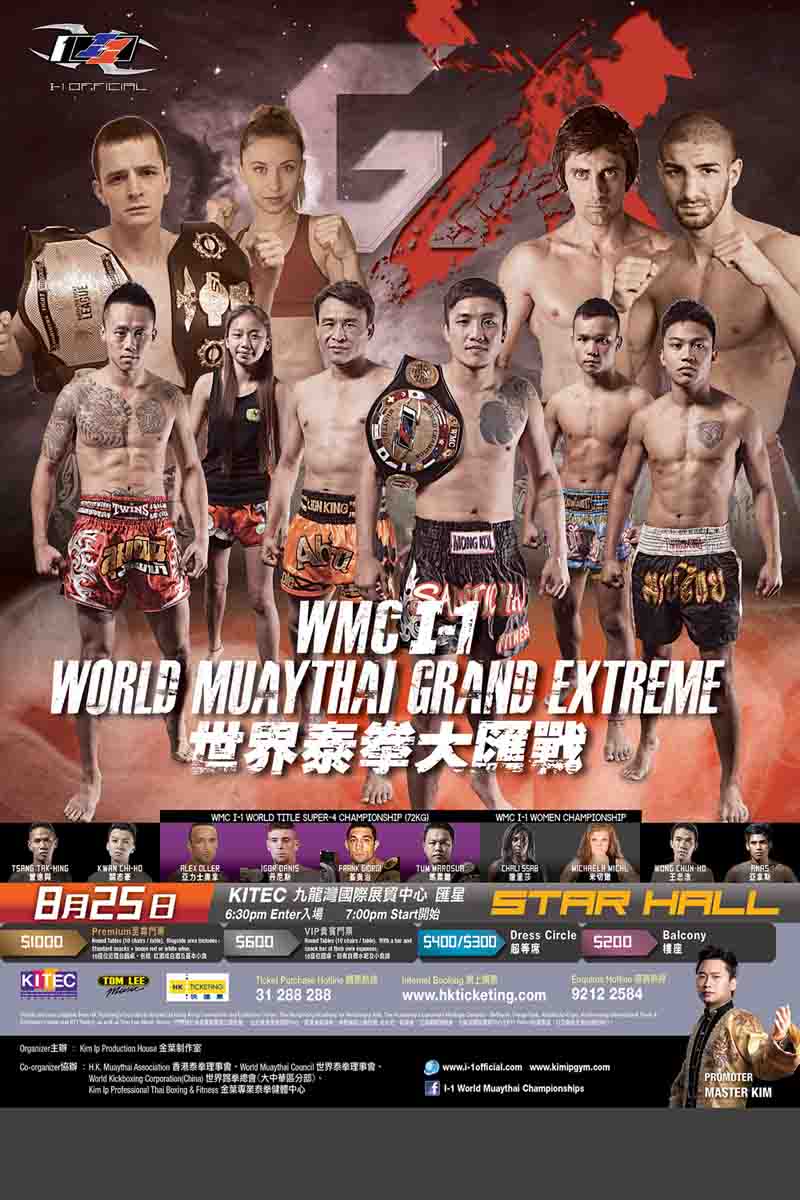 I-1 WORLD MUAY THAY CHAMPIONSHIP IS FRIEND & PARTNER NO: 8 WITH THE FIGHTER LEGION ®

8 world-class muaythai fighters will participate in an 8-man tourney of 66 kg. The last man standing will

be named WMC I-1 World Grand Prix Champion. The participants are:

and former I-1 International Champion.

Hamza Rahmani (a.k.a. “Hitman”) from Belgium, WMC Best of the West Champion and Benelux Champion.

Rhassan Muhareb (a.k.a. “The Pitbull”) from Palestine, IMC and WKA World Champion, and IKBF European Champion

Pavlos Kaponis (a.k.a. “Diamond) from Greece, 4-time Greek Champion and Winner of “No Limits”

On the card as Super Fights, include:

“I-1” is the ONLY Muaythai brand name in Hong Kong you can trust!!!