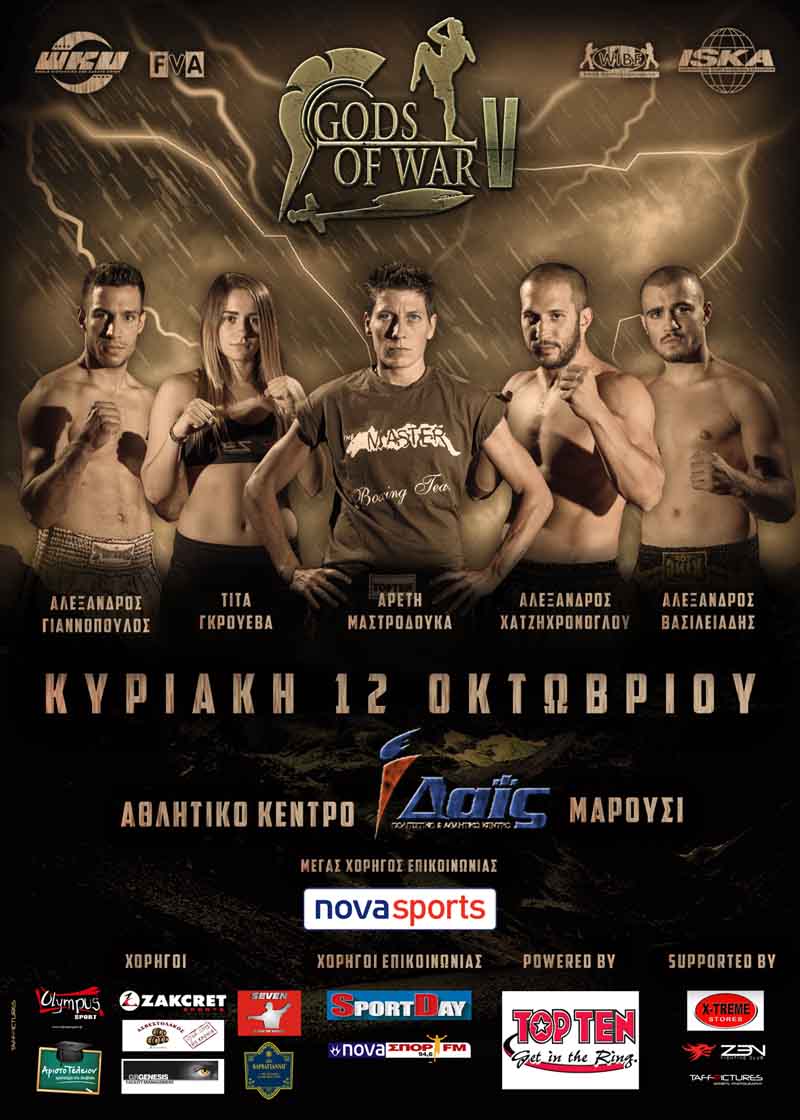 ZEN FIGHTING CLUB IS FRIEND & PARTNER NO: 19 WITH THE FIGHTER LEGION ®

GODS OF WAR 2 offered a great fight night for all the spectators. Here are the results of the fights also all fights are at youtube and a great feedback of photos and also tv coverage from STAR chanel at Zen Fighting Club  No.18 & official GODS OF WAR 2 Facebook page.

The WKU title remained in the hands of Stathis Benov. Even though the Romanian fighter Christian Milea put up a good fight he could not do enough damage. The two fighters had a similar style but Stahis Benov managed more points.

After the fight Hahamidis made it known that he as no intention to stop fighting yet and told the audience about two upcoming fights, one in his hometown Kavala and the other at athens.

The four fighters in the 72.5 division offered amazing fights with Alexis Iordanidis winning the final against Alexandros Papadimitriou.

The other belts of the promotion went to Kalia Kourouni, Tita Groueva and Kostas Taboureas.


FIGHTER LEGION®   is on