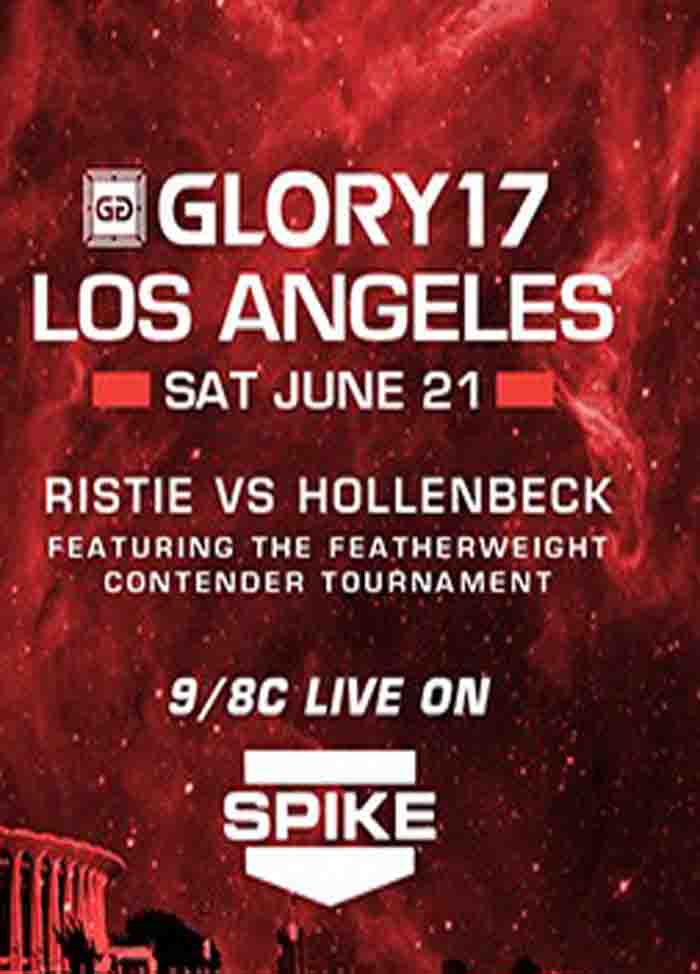 GLORY WORLD SERIES IS FRIEND & PARTNER NO: 37 WITH THE FIGHTER LEGION®

All sixteen of the world-class heavyweights taking part in GLORY 4 TOKYO – HEAVYWEIGHT GRAND SLAM hit the scales at the official weigh-ins today.
The weigh-ins took place at the Sunroute Plaza Hotel in Tokyo, Japan. The tournament fighters were joined by the eight fighters from the four superfights that are taking place on the card in between the group stages of the tournament.

The event is part of a double-header, with the GLORY kickboxing tournament being preceded by the DREAM 18 mixed martial arts event. Both shows are being presented by Glory Sports International, parent company of GLORY, which is committed to continuing the tradition of huge end-of-year shows in Japan. “Its going to be a very long show, nearly eight hours, but I don’t think anyone is going to fall asleep. There is going to be a lot of action,” smiled GLORY chairman Pierre Andurand as he presented the tournament fighters to a packed press conference. “The evening will start with the DREAM mixed martial arts show and then we have the GLORY Grand Slam. We want to revive large-scale shows in Japan.”

Heaviest of the tournament fighters was the GLORY Heavyweight Champion and top seed Semmy Schilt ”SEM”. He hit the scales at 130.2 kilos and will outweigh his opening-round opponent Brice Guidon considerably. Guidon, who already has one loss to Schilt from a fight in Moscow earlier this year, weighed in at 102 kilos.

The second heaviest fighter was Jamal Ben Saddik, the young Moroccan heavyweight who has already been likened to Schilt thanks to being almost as tall as him. Ben Saddik, the second-youngest fighter in the tournament at 22 years old, weighed in at 128.8 kilos.

He faces the hard-hitting Errol Zimmerman “THE BONECRUSHER”, who hit the scales at 114.8 kilos. Zimmerman will be the lighter and shorter man in the fight but he has unbelievable power in his right hand and can KO anybody with one shot.

Gokhan Saki “THE REBEL”, the tournament’s number two seed, hit the scales at 103.4 kilos. Possibly the most explosive fighter in the tournament, he faces the Japanese Brawler Raoumaru, who weighed in at a slightly heavier 104.2 kilos.

Daniel Ghita is second-favorite to win the tournament according to the odds makers. He tipped the scales at 108 kilos for his opening round match with Brazilian opponent Jhonata Diniz. At 21 years old Diniz is the youngest and least experienced fighter in the tournament but has impressed his coaches at Golden Glory. He hit the scales at 107.8 kilos.

Aerial attack artist Remy Bonjasky „THE FLYING GENTLEMAN“ returned to the ring earlier this year after an absence of nearly three years and took a win over the very tough Anderson ’Braddock’ Silva to prove that he still has all his old magic. He weighed in at 110.2 kilos.

Facing him is Filip Verlinden, a Belgian heavyweight prospect who has generated a lot of excitement among seasoned observers. Verlinden, who hit the scales at 93.1 kilos, is extremely fast and has very good boxing ability, making for an interesting clash of styles with the high-kicking Bonjasky.

Veteran superstar Peter Aerts “THE DUTCH LUMBERJACK” weighed in at 105 kilos for his fight with Mourad Bouzidi, who touched down at 97.5 kilos. An added twist to this fight is that Aerts and Bouzidi are not only good friends but also long-time training partners who know each other’s styles intimately.

Russian bear Sergey Kharitonov wandered onto the scales with his customary expressionless calm and produced a readout of 120 kilos. He faces Rico Verhoeven, who weighed in at 115.8 kilos at 23 years old has already faced and beaten many more established and experienced names.

Anderson Silva “BRADDOCK”, Brazil’s top heavyweight kickboxer, weighed in at 110.2 kilos and looks to build on the respect he earned for performances against Badr Hari and Remy Bonjasky earlier this year. He faces Igor Jurkovic, 99.8 kilos, a young Croatian heavyweight and sparring partner of the famous Mirko Filipovic “CROCOP”.

GLORY 4 TOKYO – HEAVYWEIGHT GRAND SLAM is a one night single-elimination kickboxing competition featuring 16 of the world’s hardest hitting KO artists. It represents an historic moment in the sport of kickboxing, being the first-ever 16-man tournament. The winner has to defeat four opponents in one night to be crowned GLORY World Champion and walk away with $400,000.

In the US it will be televised on Monday, Dec. 31, 2012 at 10:00 p.m. EST on CBS Sports Network. In Canada it will air on the Fight Network and in the UK on Premier Sports. In total the show will air in over 200 territories around the world. CBS Sports Network is available across the country through local cable, video and telco providers and via satellite on DirecTV Channel 613 and Dish Network Channel 158. For more information, and to access the CBS Sports Network channel finder, go to www.cbssportsnetwork.com.

About GLORY:
The GLORY World Series (www.gloryworldseries.com) is the world’s premier martial arts stand-up fighting league, staging events across the globe and offering up to $1,000,000 in prize money to the winners of 16-man ‘Grand Slam’ tournaments, which are open to only the best fighters in each weight class. The fight series also includes 8-man ‘Slam’ tournaments and events with traditional, single bouts.


With television deals spanning every continent, online live video streaming of all shows and the world’s largest online martial arts library, GLORY is one of the world’s most widely distributed sporting organizations. Owned and operated by Glory Sports International (GSI), the organization has offices in the UK, Holland, Tokyo, Malaysia, Singapore and soon in the USA. Its personnel include an unprecedented mix of accomplished entrepreneurs and senior level executives from the diverse worlds of finance, sports marketing, television and martial arts fighting.


FIGHTER LEGION®   is on